Top YouTube stars are partnering with PromoAffiliates to get their own Uber and Postmates promo code.  Affiliate programs have been known to pay more then flat rate overtime. In this article I will show you some examples of social influencers and top YouTube stars who have worked with PromoAffiliates recently and have seen some amazing results. Contact Aaron@promoaffiliates.com to get unique promo codes right away!

You don’t have to have millions of subscribers to YouTube or Instagram to make great money. It’s about quality of followers versus quantity. If you have more than 50,000 followers, please contact us so we can discuss if you would be a good fit.  We are part of a digital marketing team that is getting Postmates over 100,000 new users every month. Join top YouTube stars in this exciting time for this and some of our other brands that include Uber, Drizly, Lyft and more.

In the center of the Hollywood metropolis in Los Angeles California, we are literally right next to some major apartment complexes were some of the top influencers live.  We have been working with big brands since our humble beginnings over three years ago. During this time, we have gotten the rideshare giant Uber over 500,000 new users! We hope for the same type of success with some of our other clients and we can’t do it without you!

Our intentions are to help people have the chance to try some of these exciting happens. Additionally, we want to keep excelling in our expertise in digital marketing. Members of our team are experts in SEO marketing and others focus on social media. 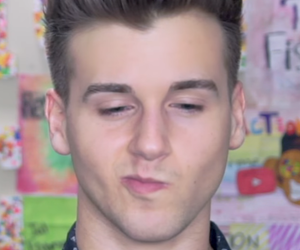 I’ve been so excited about signing up one of the top YouTube stars named Tal Fishman that I have been writing about him in all of my recent articles.  In this section I will go over what makes him an ideal influencer. Social influencers come in all types because there is an unlimited amount of content that they can create.

So Tal’s channel, Reaction Time, is incredibly popular and is approaching 5 million subscribers. He has an entertaining way of giving his response to all different kinds of Internet content and trends.  Working with his management, we came up with a great idea for a way to promote his unique Uber promo code.  The video is about stories from Uber drivers themselves.

What was great about his approach to the video, was how he executed of my suggestions in great form. Firstly, he mentions the code and put it on the screen above his own face! This way you users had no choice but to see the code.  He related the brand to a personal story.  His parents used Uber to get him around because they were busy and he didn’t have a driver’s license yet.

Next he used an image of a screenshot of the Uber app to show viewers exactly how to input the promo code. This is so important because some people will give up if they don’t know how to input the code. Lastly, he mentions the code again at the end of the video and put a direct link in the description. The direct link is crucial because people don’t even have to download the app and can sign up in the web browser.

If all top YouTube stars that we worked with were able to pull off such a flawless approach, we would be getting our clients amazing results across our whole roster.  To sign up to promote Uber, contact Aaron@promoaffiliates.com.

An article on Inc.com predicted that influencer marketing was one of the “hottest trends in marketing in 2016.”  I would argue that it was single-handedly the most powerful marketing tool for companies last year.  I was obsessed with finding news articles about this trend at the beginning of the fourth quarter last year. I found over in 75 articles online that came out within a span of 45 days.

An August 5 report from Bloomberg.com said that over $250 million were spent on the top sponsor Instagram posts in July alone.   So a quarter of $1 billion went to the top Instagram influencers in just one month! Another article that I read said that $1 billion in marketing budget was spent on the top YouTube influencers in all of 2016.  This is more than just some trend or fad.

Traditional ad dollars will never be spent the same way. This is a revolution in marketing and those who aren’t savvy enough will never be able to keep up.  The millennial market is the first generation of people to be inundated in a completely digital world. The majority of this group is numb to any form of advertising that has been progressive in the past.

One of the most popular trends that is consistent on YouTube his story time videos. Essentially, people want to live vicariously through top YouTube stars. Or maybe viewers just want to tune in to some dramatic stories that they are too scared to live out themselves. Either way, storytime vloggers are some of the top YouTube stars and can be perfect for branded content. This is probably because people take their advice very seriously if they mention a brand that they use themselves.

In the case of Tana, we didn’t expect the amount of success that she would have.  At the time she only had 1.2 million subscribers and a lot of them are very young. But the first two weeks, her Uber promo code video generated 5,000 sign-ups.  The video was pretty controversial and the title is something like ‘Uber driver kidnapped me.’  The clickbait was enough to get people interested in the video. It probably doesn’t hurt she’s an attractive blonde woman as well.

Now I’m interested in trying to pitch some ideas to her to help us with our Postmates campaign.  Maybe she can make a video with the title ‘Postmates delivery guy flashed me’ which sounds gross but hilarious at the same time.  Soon I will start to search YouTube for other storytime bloggers that may be willing to promote Postmates or Uber promo codes.

Collaborating with prank video creators has been extremely fun as well. And even though the fans of prank videos don’t respond to calls of action, the content is great for others reasons!  What I mean is that the viewers of prank videos are high in numbers but not many people are trying the app that is being promoted.

For example, a video that Coby made got a whopping 7 million views in the first 90 days but still didn’t produce the same numbers that Tana’s video got with 2 million views.  Coby fooled Uber riders by taking over a friend’s Uber driver account and picking them up in a flashy Bugatti.  This  was opposed to the Toyota coupe they thought they were going to get picked up in.

We work with top YouTube stars of varying levels. If you are a micro influencer, that means you have between 50,000 and 500,000 subscribers. We are still interested in working with you!  Smaller numbers of followers doesn’t mean you won’t be as effective in promoting an Uber or Postmates promo code.  Allow us to be the judge of your potential. We have a great ability to analyze your social media channels to see what would work best for you. We have your success in mind because ultimately it is our success.

Because we work with different brands, you may find out that there could be content that fits your channels seamlessly. It may even be the case that we can find some rounds I will pay you a flat rate to create some content. Also if you are in the Los Angeles area, we may be able to help you directly in creating content. Either way, what do you have to lose? If the content doesn’t pan out after a month you can delete it from your channel.

Consider the reason why you make contact. What is your why? Meaning why do you create the content in the first place? knowing the answer to this question help you to stand out online.  Good luck in all your endeavors! Thank you for reading!